Stay up to date with all of the latest school news with SZapp!

This newsletter service
is provided by:

Friday marks the last day for our Year 12 exams, with folio tasks largely completed. Year 11 students will have exams next week before they meet with their Year 12 teachers the following week to get a head start on Year 12. Year 11 and 12 students can expect to receive a letter in the next few days listing which subjects they have been placed into following their online preferencing. Following 2 days of Year 12 lessons in Week 7 the Year 11’s have the opportunity to participate in a First Aid, Barista and White Card training.

Next week we will be asking and encouraging our Year 11 students to nominate for the positions of School Leaders for 2020. These positions are quite prestigious and involve considerable responsibility. Leaders represent the school at many functions, meetings (including Governing Council) and provide a significant student voice in the school community. Students will be invited to attend an interview to select our School Leaders. We look forward to receiving nominations from interested students.

The term is rapidly coming to an end with many celebratory events to come. One of those is the Annual Presentation Night on Monday, December 9 starting at 7pm, in the School Hall. All parents and community members are invited to attend this evening, to farewell the Year 12 class of 2019 and to acknowledge the achievements of students across the school. Pieces of students work including amazing Material Products and Art projects will be on display, so if you haven’t already seen them then this would be a great opportunity.

A final reminder this Friday, November 15 is a Student Free Day.  Staff will be analysing student data, helping to refine the school improvement plan and undertaking some further training in numeracy.

The Year 10 Outdoor Education class went Mountain Biking on November 6. As part of the Mountain Biking, students had a technical skills session with head instructor Rich then attempted varying trails. All students then applied skills they learnt to the trails. The trails are rated using a colour system with beginners starting on green circle, intermediate riders on blue square and advanced riders on black diamond. We will now complete an investigation on the varying aspects of the Mt Remarkable National Park including the impacts of erosion, pests and the economic benefits of Mountain Biking on the area.
Luke Bartlett
Outdoor Education Teacher 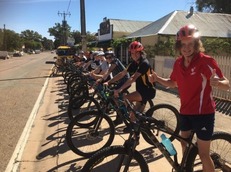 can be a possible way for me to improve my endurance." Chelsea Hombsch

"I enjoyed being out of my comfort zone and exploring a new place." Phoebe Glenn

“My favourite part of the day was going along different trails and riding through difficult tracks. It was great to see what I am capable of achieving.” Casey Cleggett 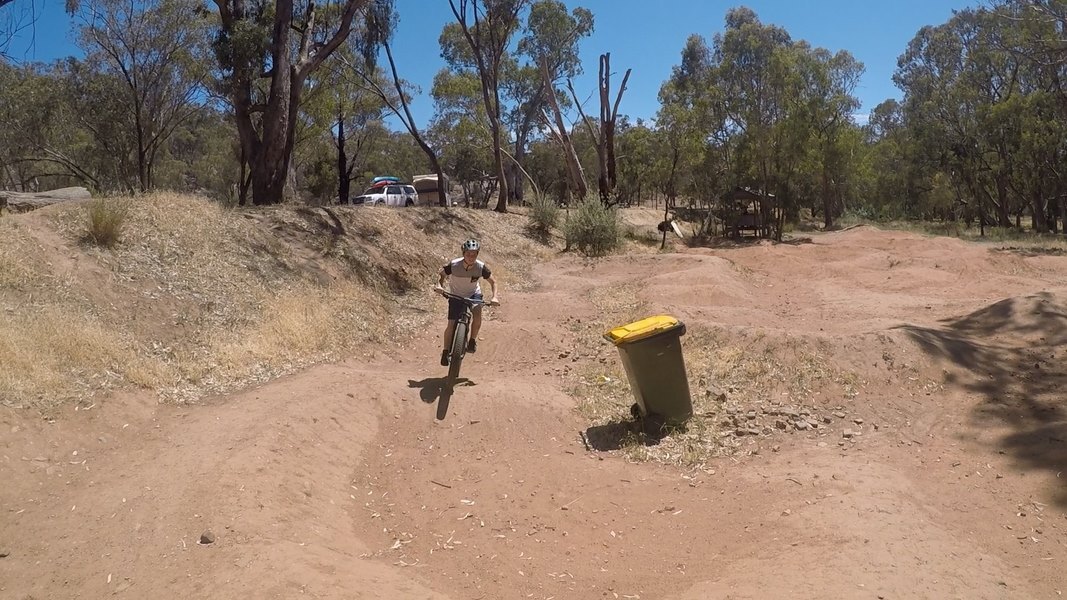 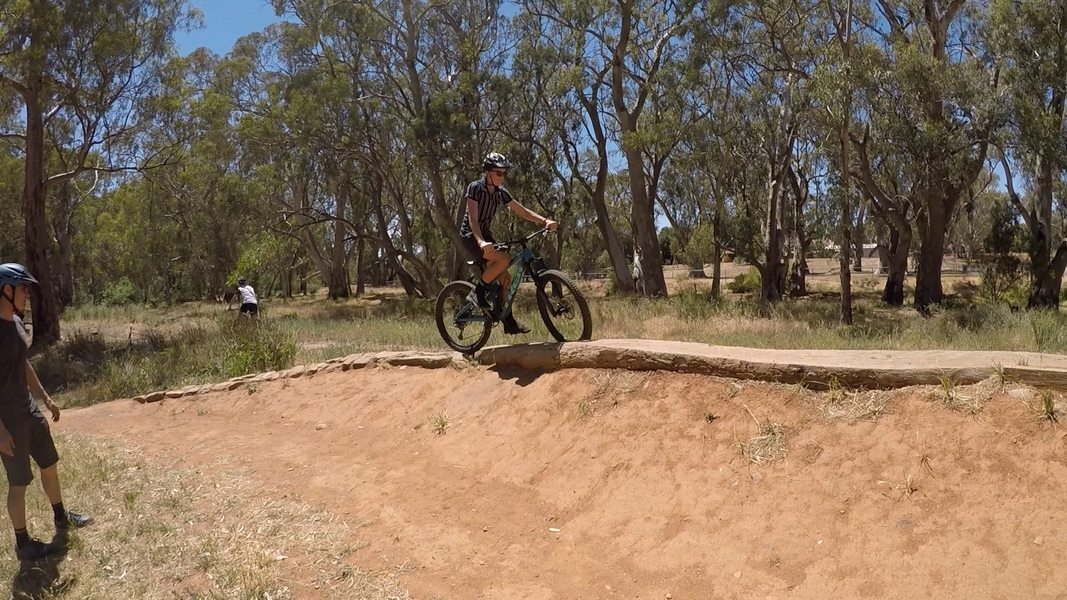 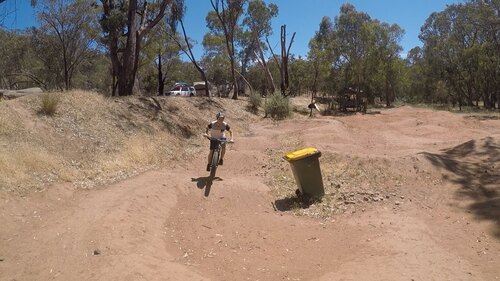 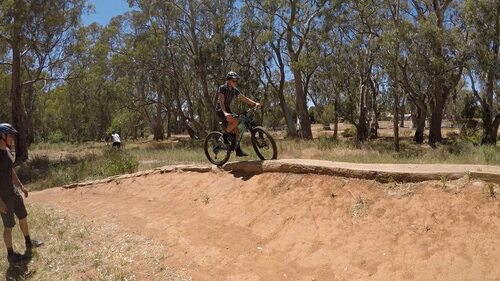 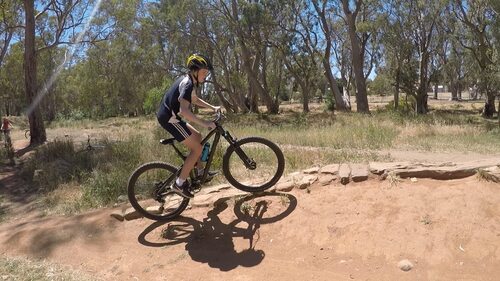 Joel Ambjerg-Pedersen created an ambitious brief to build a bed with no glue, nails or screws. The final product is outstanding! The base framework locks together using a combination of dovetail and edge lap joints. The bedhead supports floating bedside drawers, with USB power and reading lights. The whole bed frame disassembles with only a few tools. Amazing work Joel! 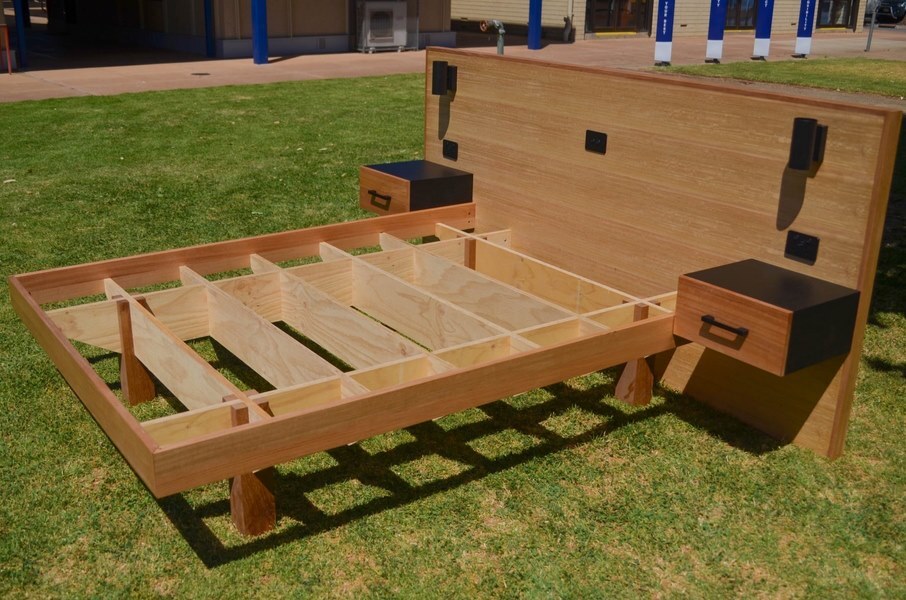 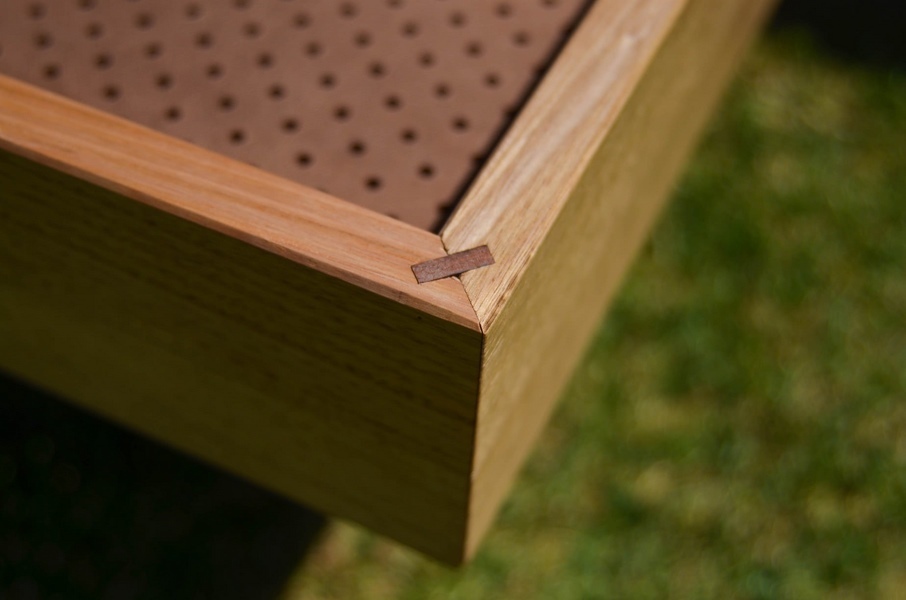 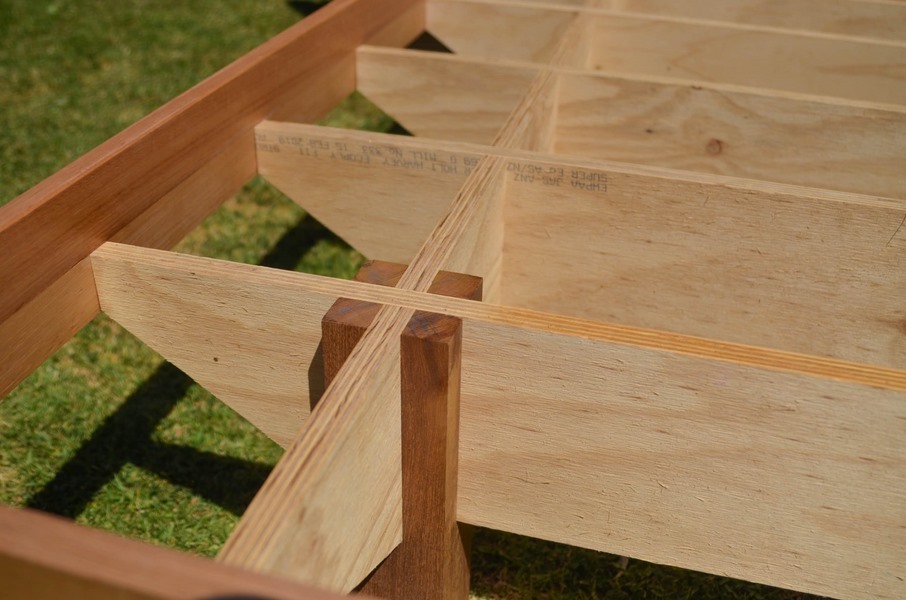 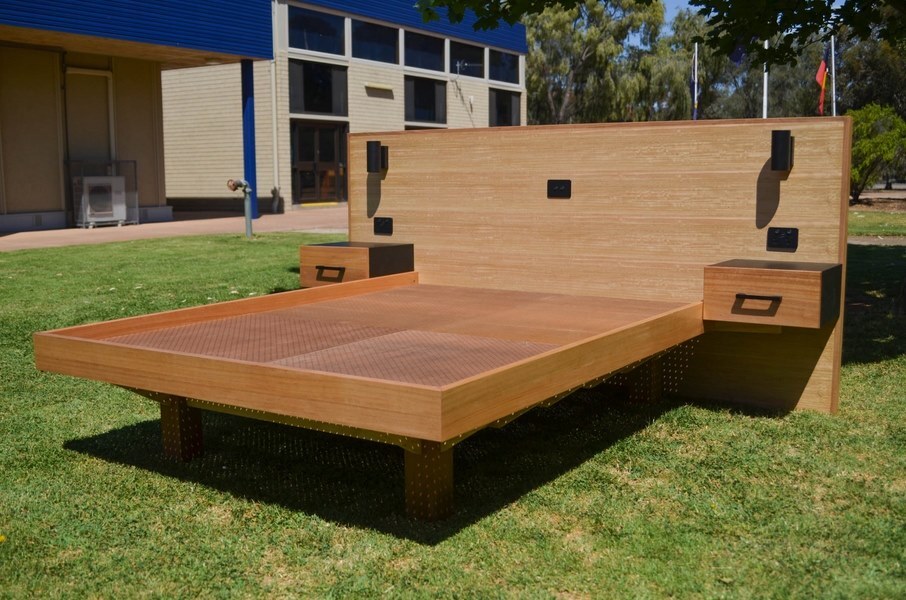 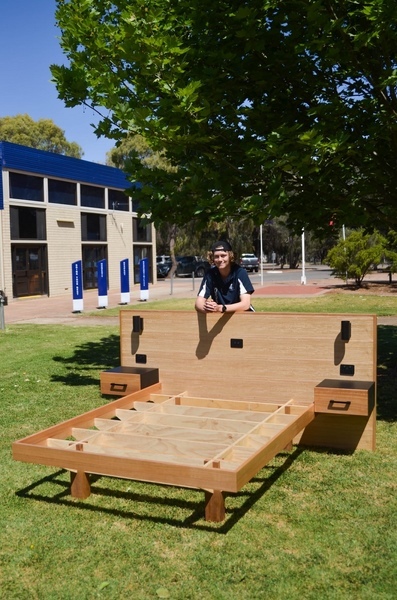 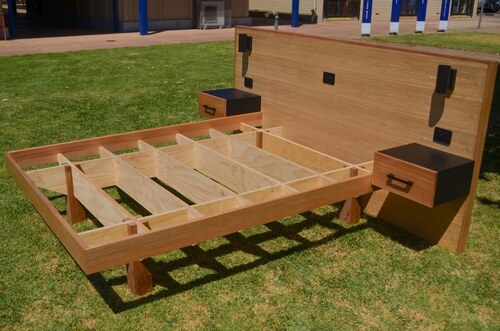 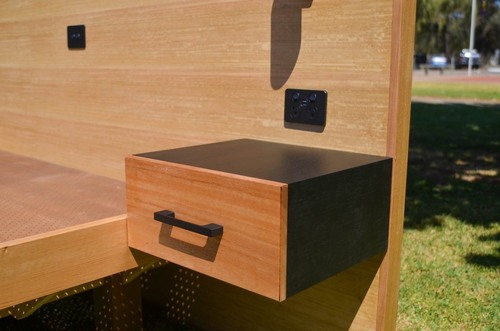 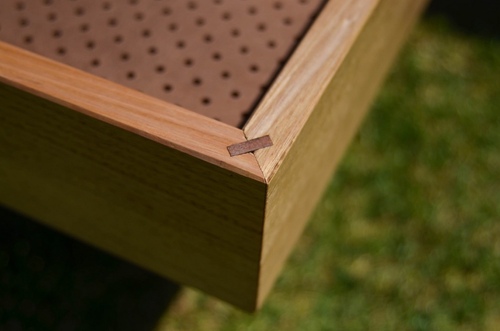 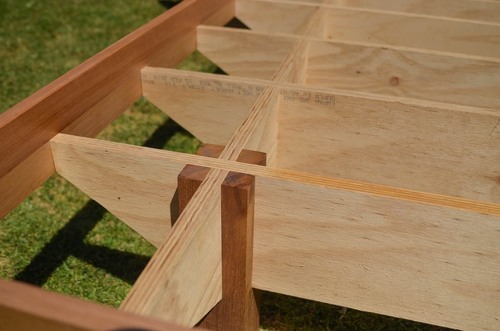 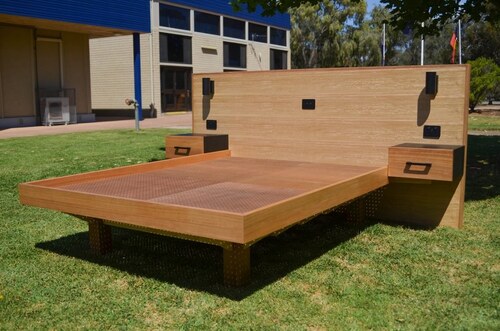 Please find below the 2020 Material & Services Charge.  They will be presented to Governing Council for approval on Tuesday, December 3.

If you have any queries concerning these charges please contact Tyler Hogan, Principal 8662 2171.

GHS is proudly supporting the Vinnies Christmas Appeal. We would greatly appreciate your support by donating and/or wrapped gifts (children up to ages 17 no soft toys please), non perishable food items or pre loved clothes by, Friday December 13 to the Front Office.

Gladstone High School has the following vacancy open for application via the Department for Education website.

A sound understanding of the basic farm operations involved in cropping, large animal handling and care, poultry and viticulture with knowledge of the principles of WHS relating to the handling of chemicals and farm equipment. Some out of hours will be required.

For more information and equiries:

The Governing Council major fundraiser for 2019 is an online raffle. Proceeds will be to assist the Ag Studies department purchase a spray unit. The raffle will be drawn on Monday, December 9 at the Presentation Night.

Tickets are available by clicking on the link provided https://platform.split50-50.com.au/endpoints/#/events/cU0OoncmkE

Tickets are as follows:

We know that parents and carers worry about their children online — just as we worry about them in everyday life. In fact, our national survey of over 3,500 parents shows that 94% identified their child’s online safety was important.

While being online provides many educational benefits for our children, it’s important to be aware of the risks. Any site, app or game with a chat or live video function can serve as a potential gateway for predators to contact young people.

That’s why we’ve partnered with Crime Stoppers NSW to help parents deal with risks such as unwanted contact online. By remaining engaged in your children’s online lives and knowing what they’re doing, who they’re talking to and where to report if things go wrong, you can help to minimise any potential harm.

Parents and carers play a crucial role in keeping children safe online. And eSafety is here to help along the way.

New Books in the Resource Centre

Read More
The Man in the Water, by David Burton

When 16-year-old Shaun discovers a dead body in the lake of a quiet mining town in outback Queensland, he immediately reports it to the police. But when he returns to the site with the constable, the body is gone.  Shaun's father drowned a few years ago, and now his mum and the authorities questions whether he saw a body at all.

Determined to show the town the truth, Shaun and his best friend, Will, open their own investigation. But what they discover is far more sinister than a mining mishap or a murder and reveals a darkness below the surface of their small mining town.

The Giver, by Lois Lowry

The classic award-winning novel that inspired the dystopian genre and a major motion picture adaptation for 2014 starring Jeff Bridges, Meryl Streep, Katie Holmes and Taylor Swift. It is the future. There is no war, no hunger, no pain. No one in the community wants for anything. Everything needed is provided. And at twelve years old, each member of the community has their profession carefully chosen for them by the Committee of Elders.

Twelve-year old Jonas has never thought there was anything wrong with his world. But from the moment he is selected as the Receiver of Memory, Jonas discovers that their community is not as perfect as it seems.

It is only with the help of the Giver, that Jonas can find what has been lost. And it is only through his personal courage that Jonas finds the strength to do what is right.

In the Hall of Memory at the Australian War Memorial in Canberra there are 16 stained glass windows. Each shows a figure dressing in military uniform, and under each figure is a word which describes a quality displayed by Australians during wartime.

One window features an infantryman with measuring devices, including a right-angle ruler. Originally referring to the self-discipline shown on the battlefields of the First World War, the solider also represents those Australians who have demonstrated composure and dependability while serving on peacekeeping and humanitarian operations.

The World Ends in April, by Stacy McAnutly

Eleanor Dross knows a thing or two about the end of the world, thanks to a survivalist grandfather who stockpiles freeze-dried food and supplies--just in case. So, when she reads about a Harvard scientist's prediction that an asteroid will strike Earth in April, Eleanor knows her family will be prepared. Her classmates? They're on their own!
Eleanor has just one friend she wants to keep safe: Mack. They've been best friends since kindergarten, even though he's more of a smiley emoji and she's more of an eye-roll emoji. They'll survive the end of the world together . . . if Mack doesn't go away to a special school for the blind.

But it's hard to keep quiet about a life-destroying asteroid--especially at a crowded lunch table--and soon Eleanor is the president of the (secret) End of the World Club. It turns out that prepping for TEOTWAWKI (the End of the World as We Know It) is actually kind of fun. But you can't really prepare for everything life drops on you. And one way or another, Eleanor's world is about to change.

Please arrive on time to help with preparation from 10.30am. If you are able to volunteer in any of the available spaces please contact the Front Office.